The second day of our stay in Barcelona was dedicated to the two buildings designed by Antoni Gaudí on Passeig de Gràcia.

Casa Batlló was designed by Gaudí for Josep Batlló, a wealthy aristocrat, as an upmarket home. The local name for the building is ‘House of Bones‘, as it has a skeletal organic quality which is even more apparent at night, when the facade glows, creating theatrical shadows. 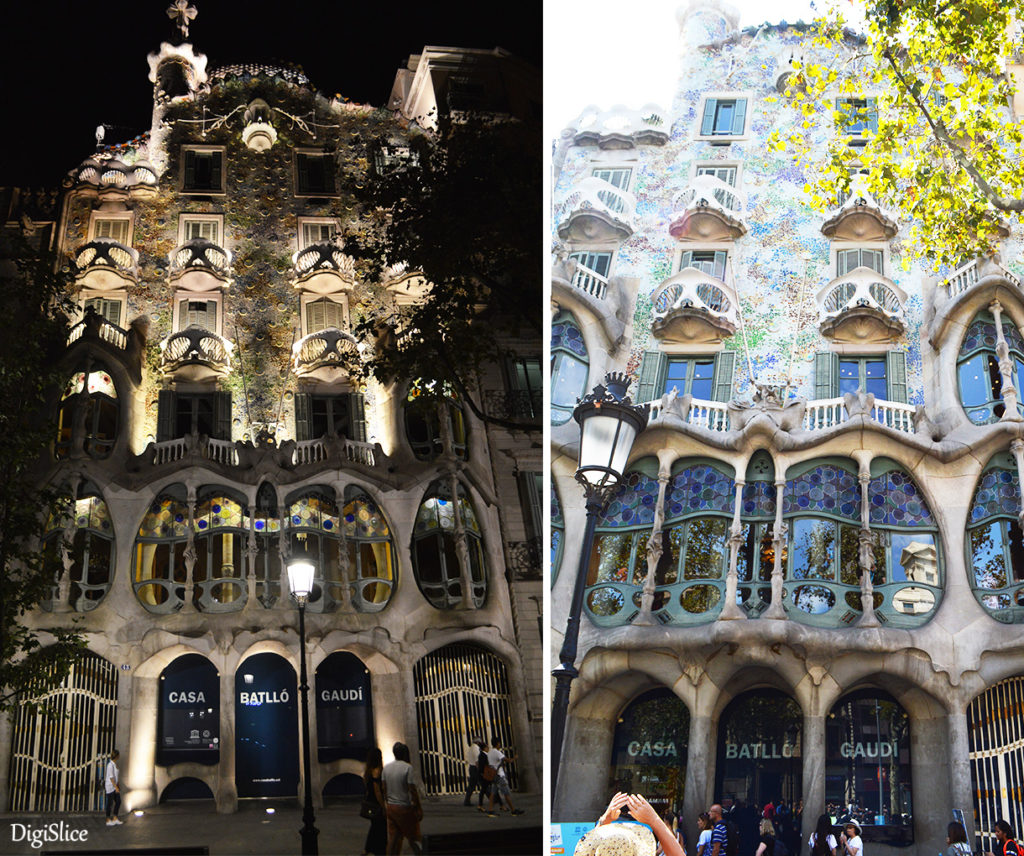 The architect used colours and shapes found in marine life as inspiration for his creativity in this building.  A magnificent staircase, with railings of hand-carved wood representing the backbone of a large animal, will lead you to a deep-blue dream world that will leave you astonished! 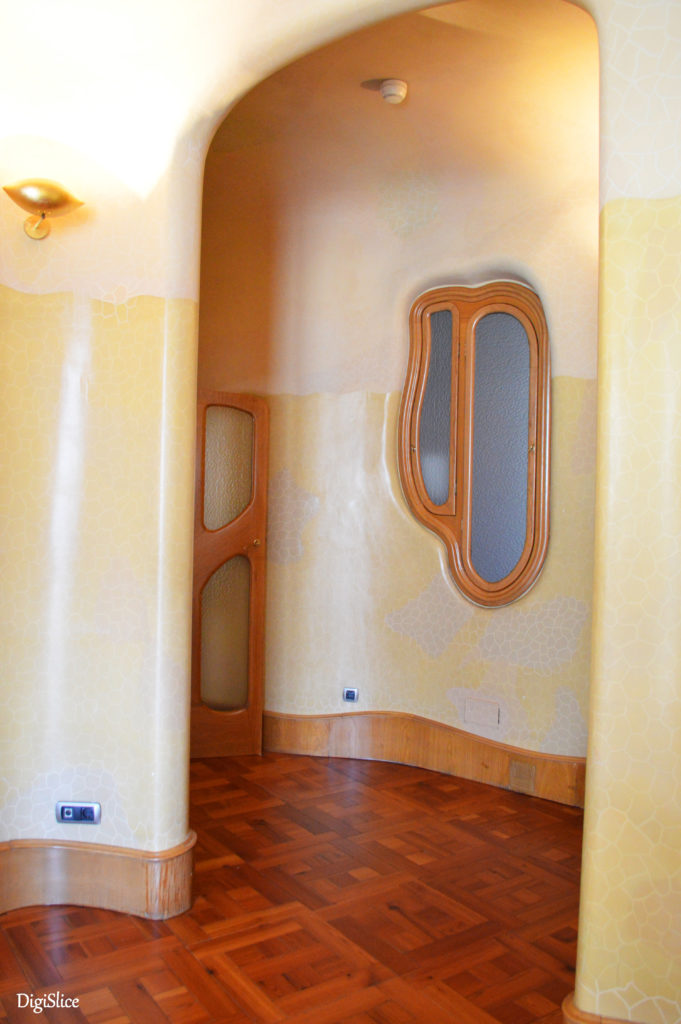 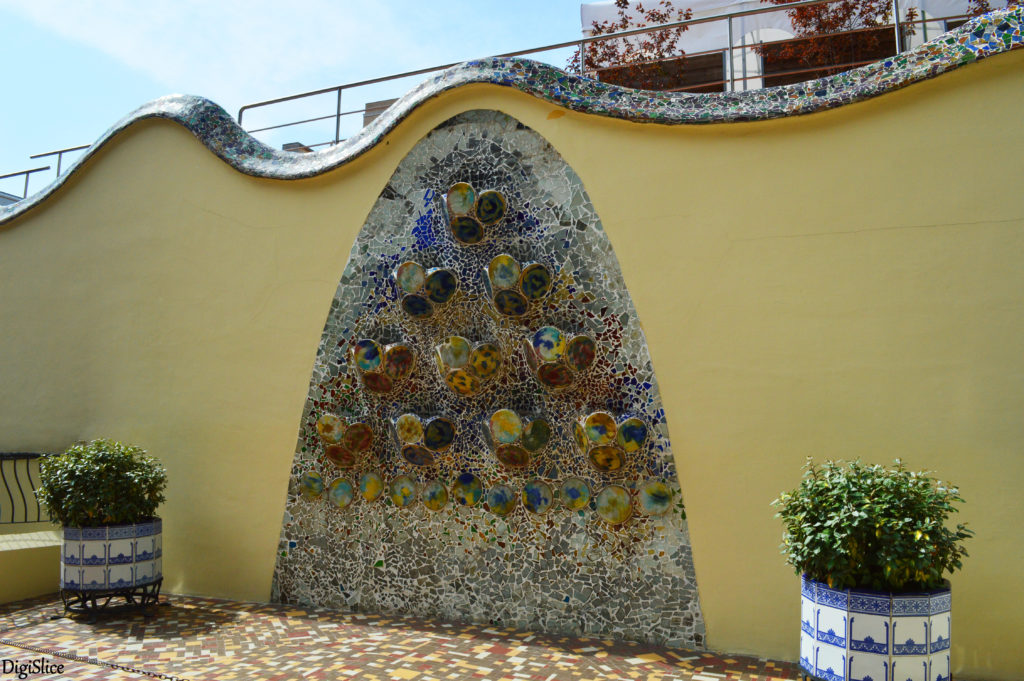 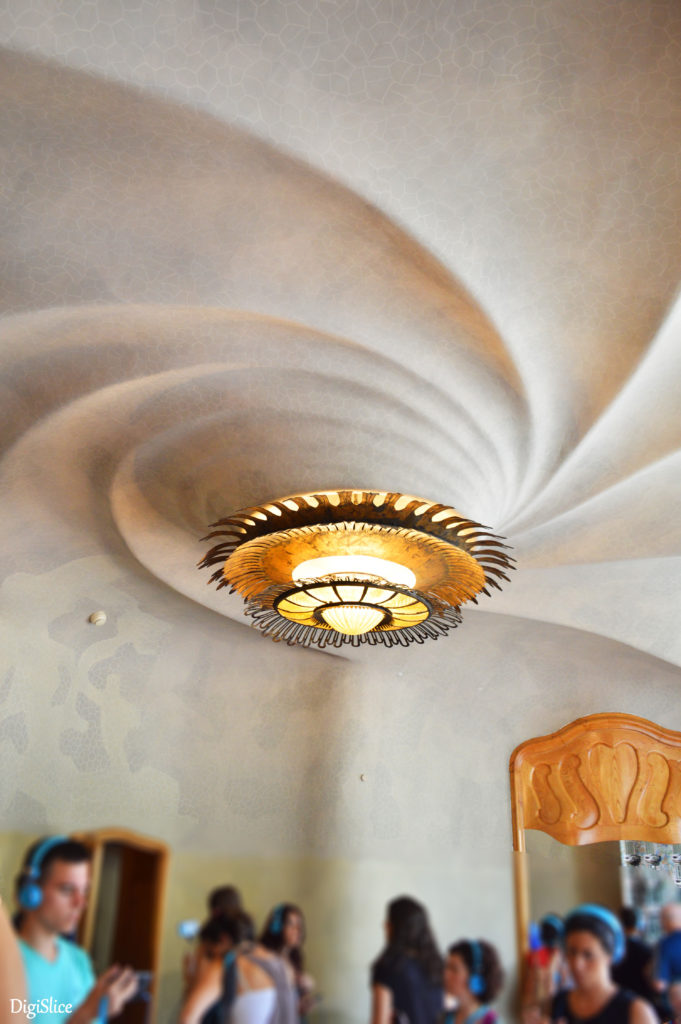 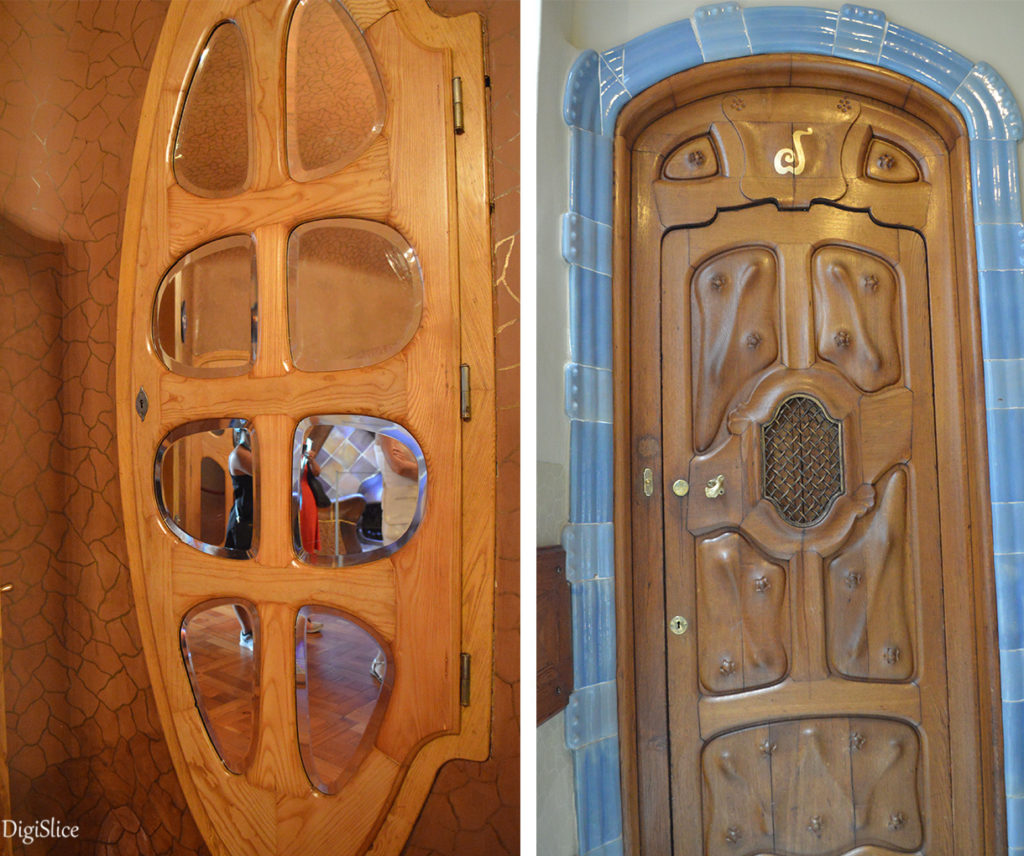 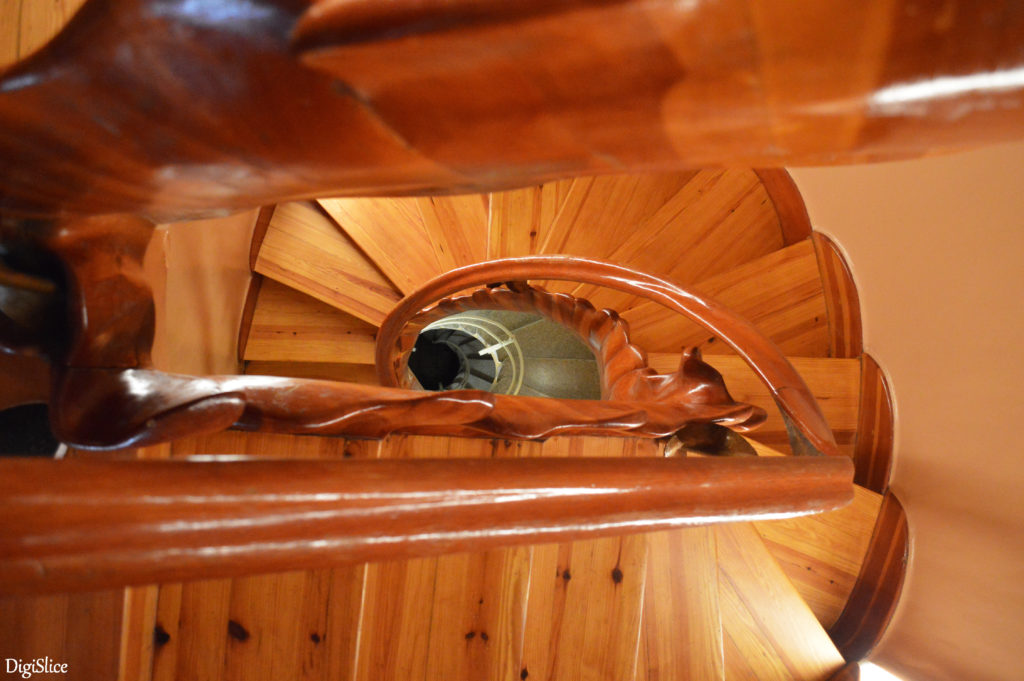 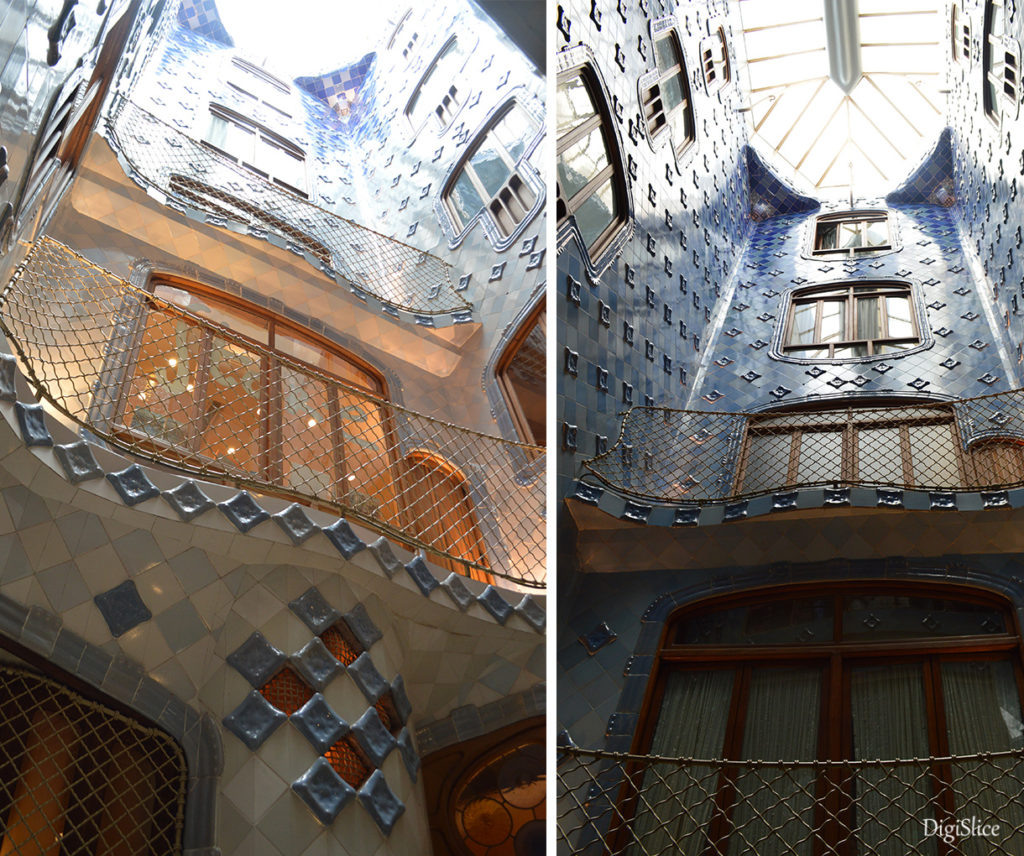 Casa Milà – known as “La Pedrera” (the stone quarry) – was constructed between 1906 and 1912 and it’s one of Antoni Gaudí’s last works. Compared to Casa Batlló, La Pedrera is less colorful but definitely not less original! 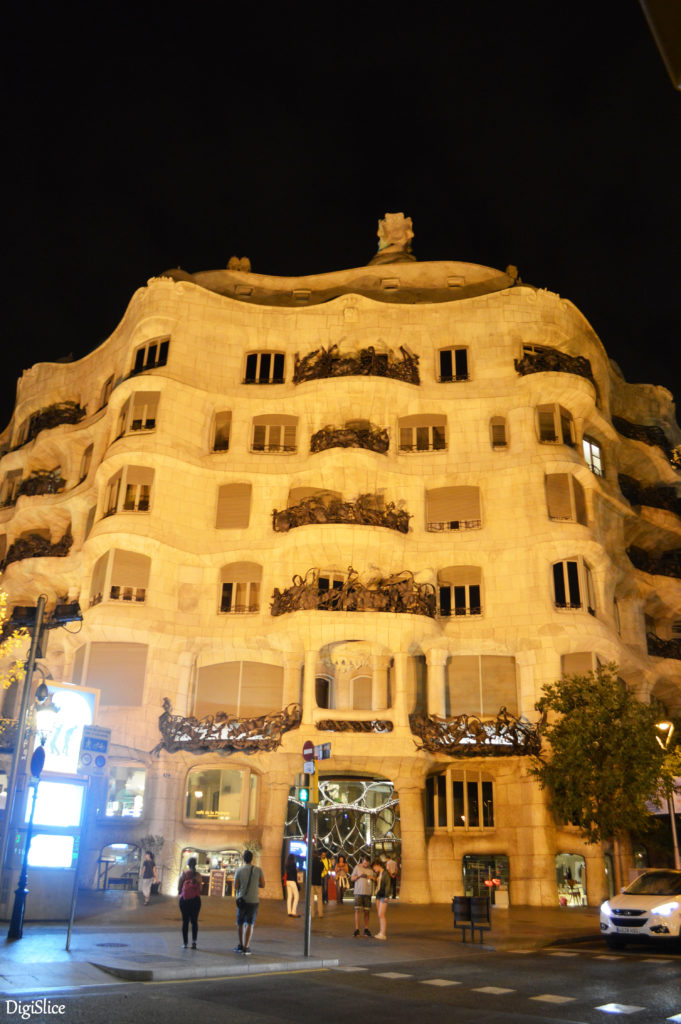 Gaudí designed the house as a constant curve, both outside and inside; he broke any traditional architecture rules by using not a single straight line and incorporating naturalistic elements. 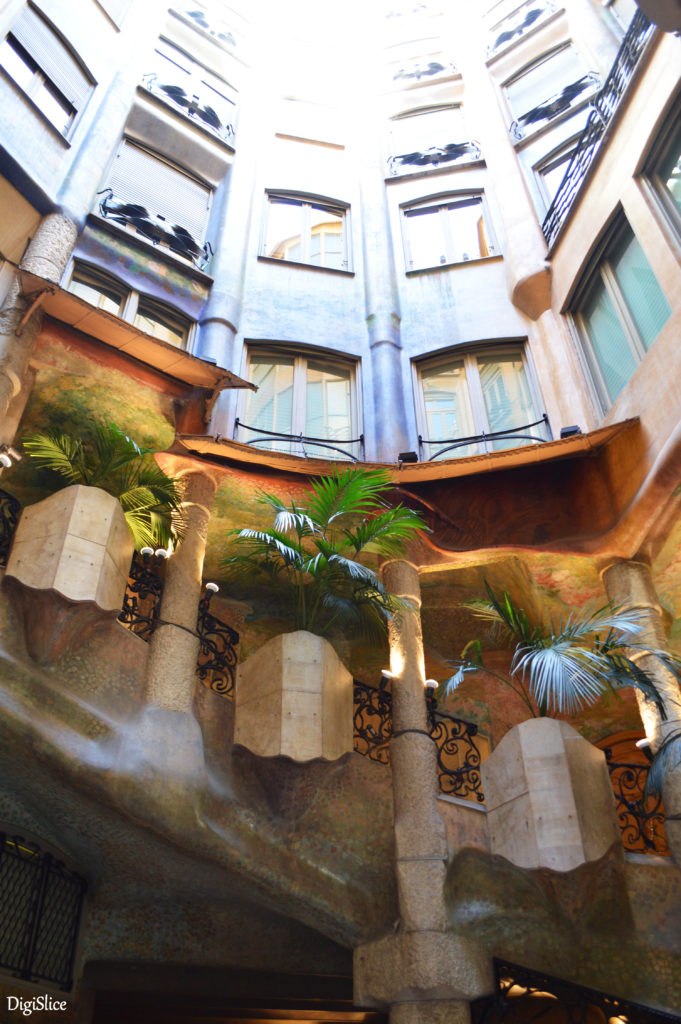 The roof here is the true show-stealer: it features chimneys, ventilation shafts and stairwells that have become real sculptures integrated into the building. 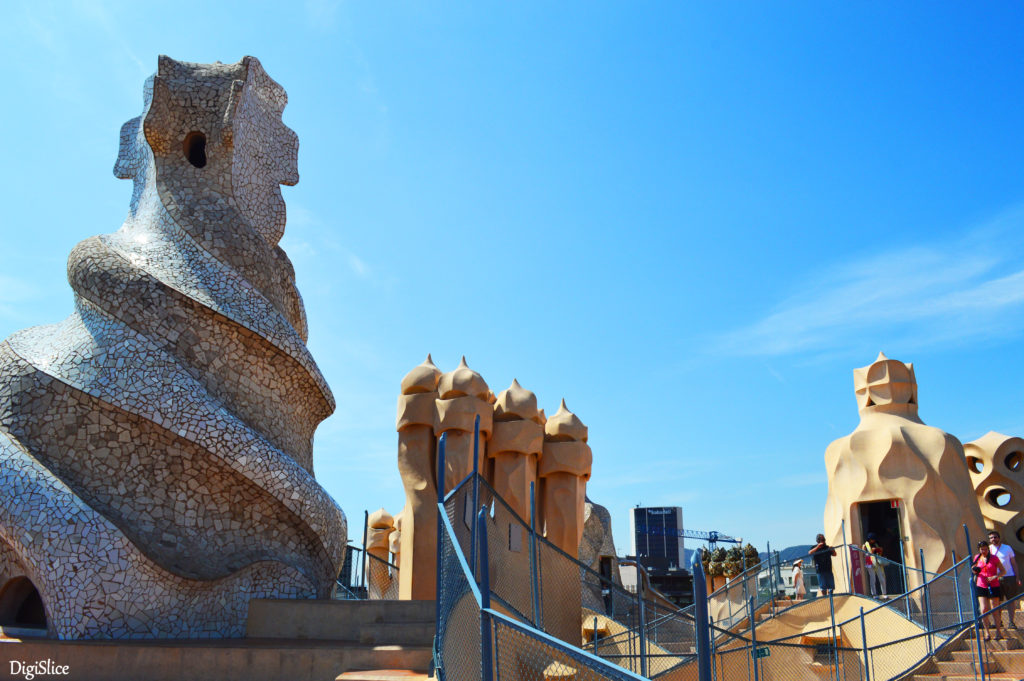 Many of the chimneys look like warriors who solemnly guard the precious property. 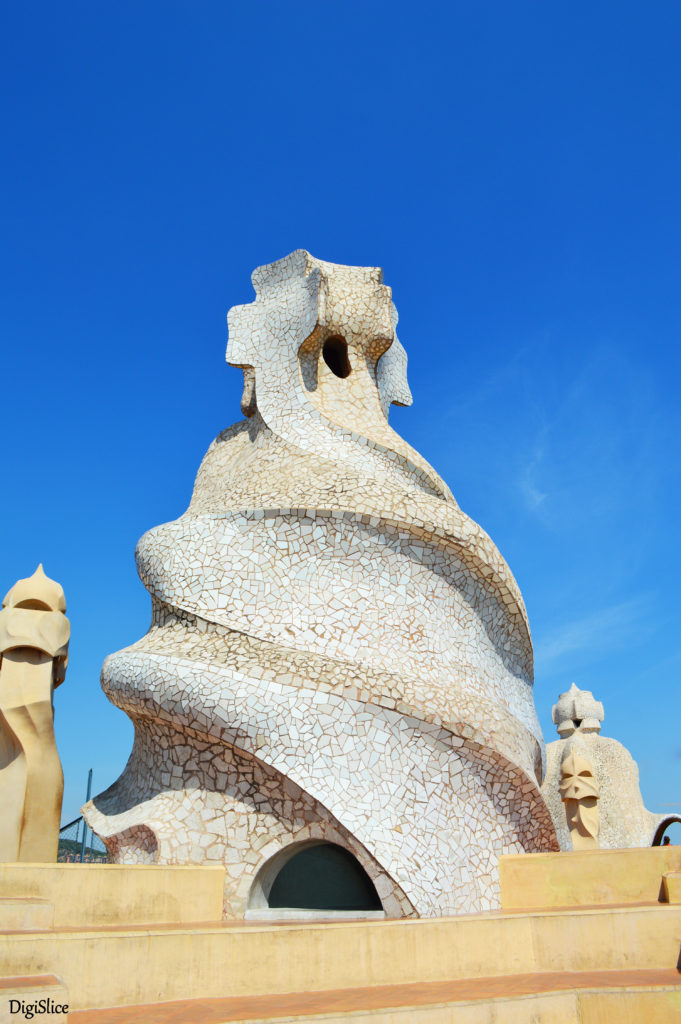 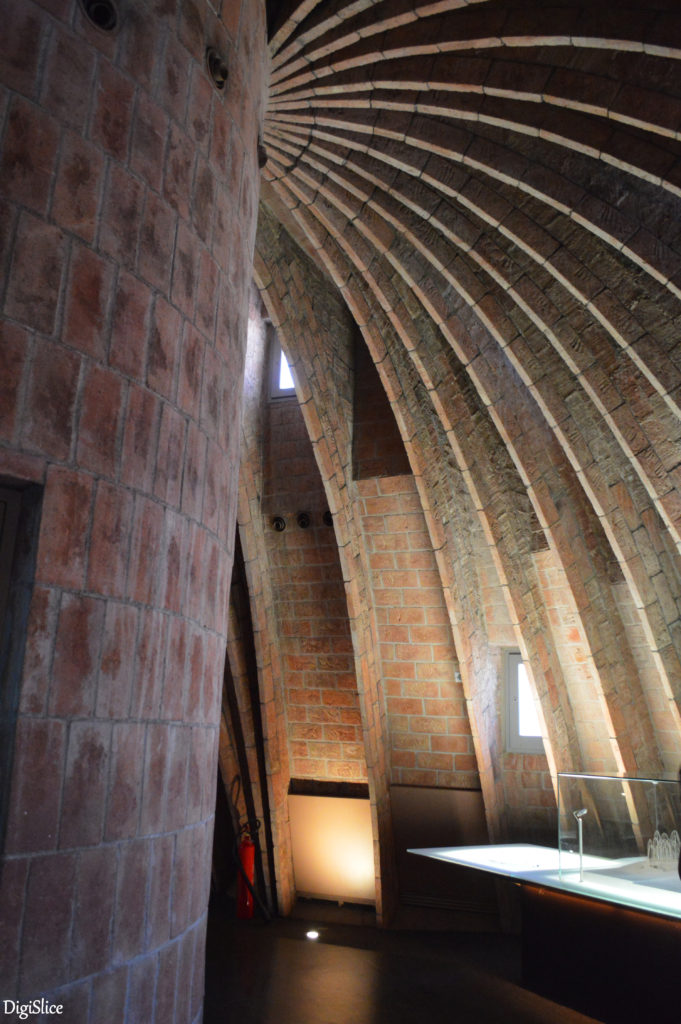 Casa Milà has been a UNESCO Cultural World Heritage site since 1984 because of its exceptional universal value and, after visiting it, I can understand why. 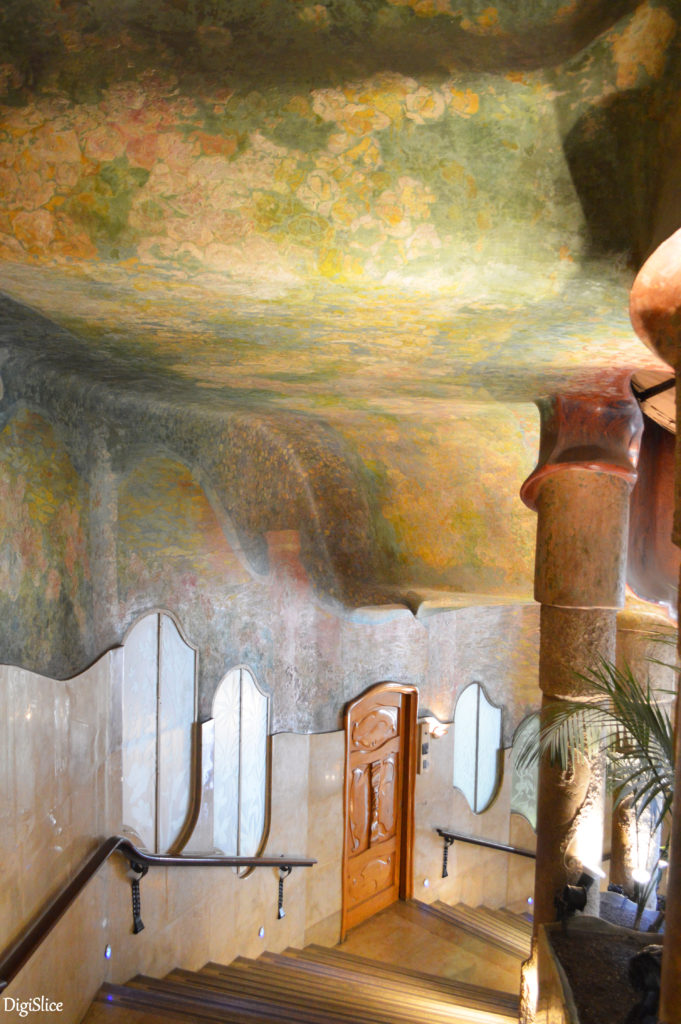 If you’re planning a trip to Barcelona I highly recommend a visit to both those spectacular buildings but, if forced to pick just one, I’d personally go with Casa Batlló 😉